Depart from the ancient abbey of San Frontiniano, just outside Alba’s city centre. This is where saints Frontinian and Cassian were martyred in 311 AD, and in the 9th century the Benedictine monks from Bobbio established an important religious centre here. In Arguello, visit the church of San Frontiniano, dating back to the 12th century, built by the monks from monastery in Alba. Continue on to San Benedetto Belbo to visit the ancient monastic settlement founded by the Benedictines in the 11th century and the remains of the medieval castle wall, bearing the coat of arms of the Del Carretto family.

Itinerary produced in collaboration with the Colline & Culture association. 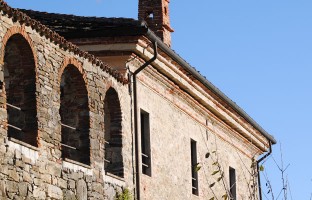