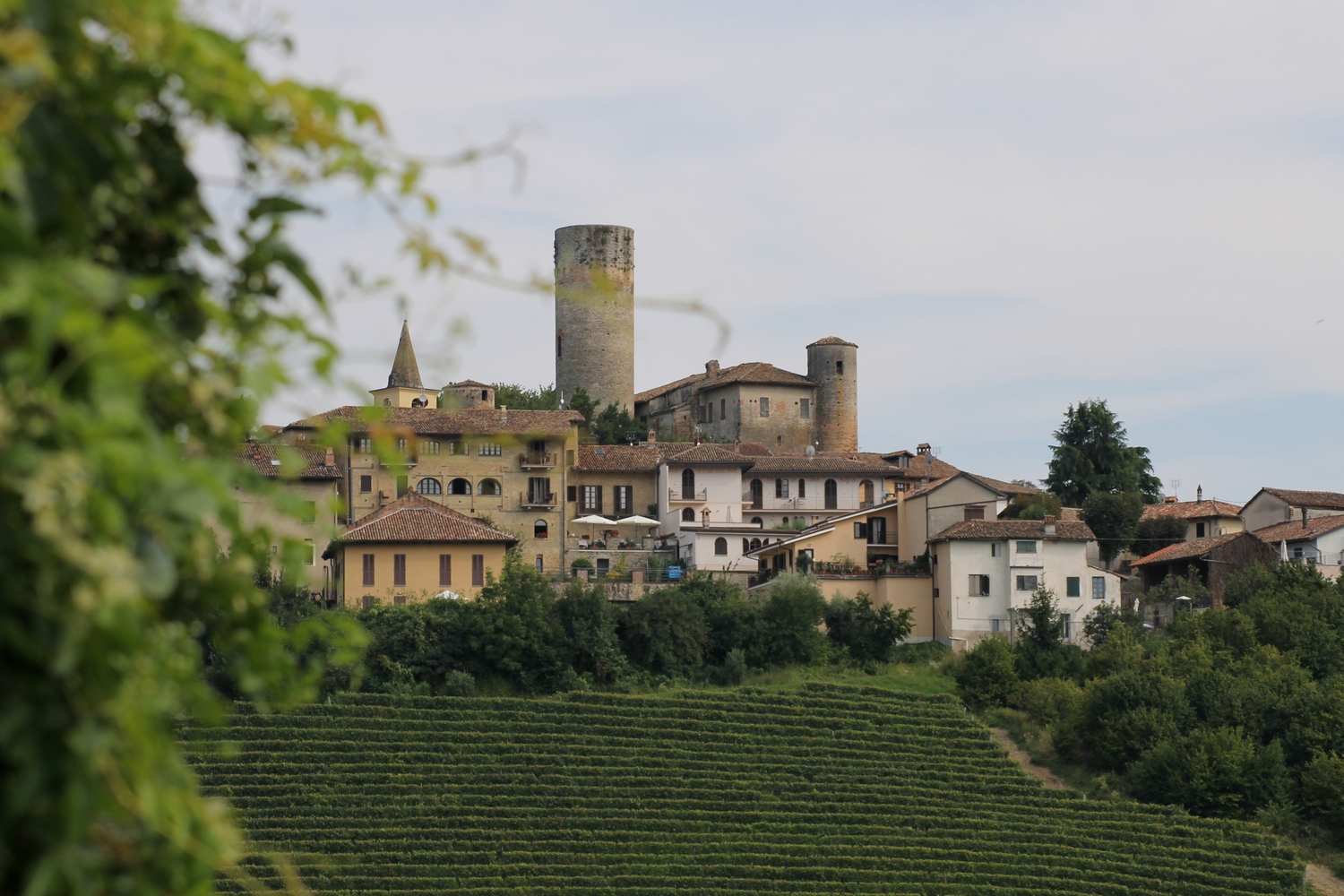 The small town of Castiglione Falletto is dominated by its medieval castle, whose massive central tower makes it visible for miles around.

The name of the town comes from the Falletti family, whose presence here has been documented back to the start of the 14th century and who became more established over the next 100 years. Later the area was contested by the marquesses of Saluzzo and Monferrato and the Viscontis. In 1601 it became part of the Duchy of Savoy.

The central cylindrical tower is perhaps the oldest construction (11th century), and a wall and other less-durable structures probably developed around it. The current complex, the result of a single design with slender cylindrical curtain wall towers, in all probability dates back to the 14th century. The western wing also seems to belong to the original phase. Fragments of late-medieval decorations can be seen in the residential structures.

During the modern period, the spaces were modified, particularly after the handover to the Savoys: new ramparts were built, with a lowering of the medieval curtain walls.