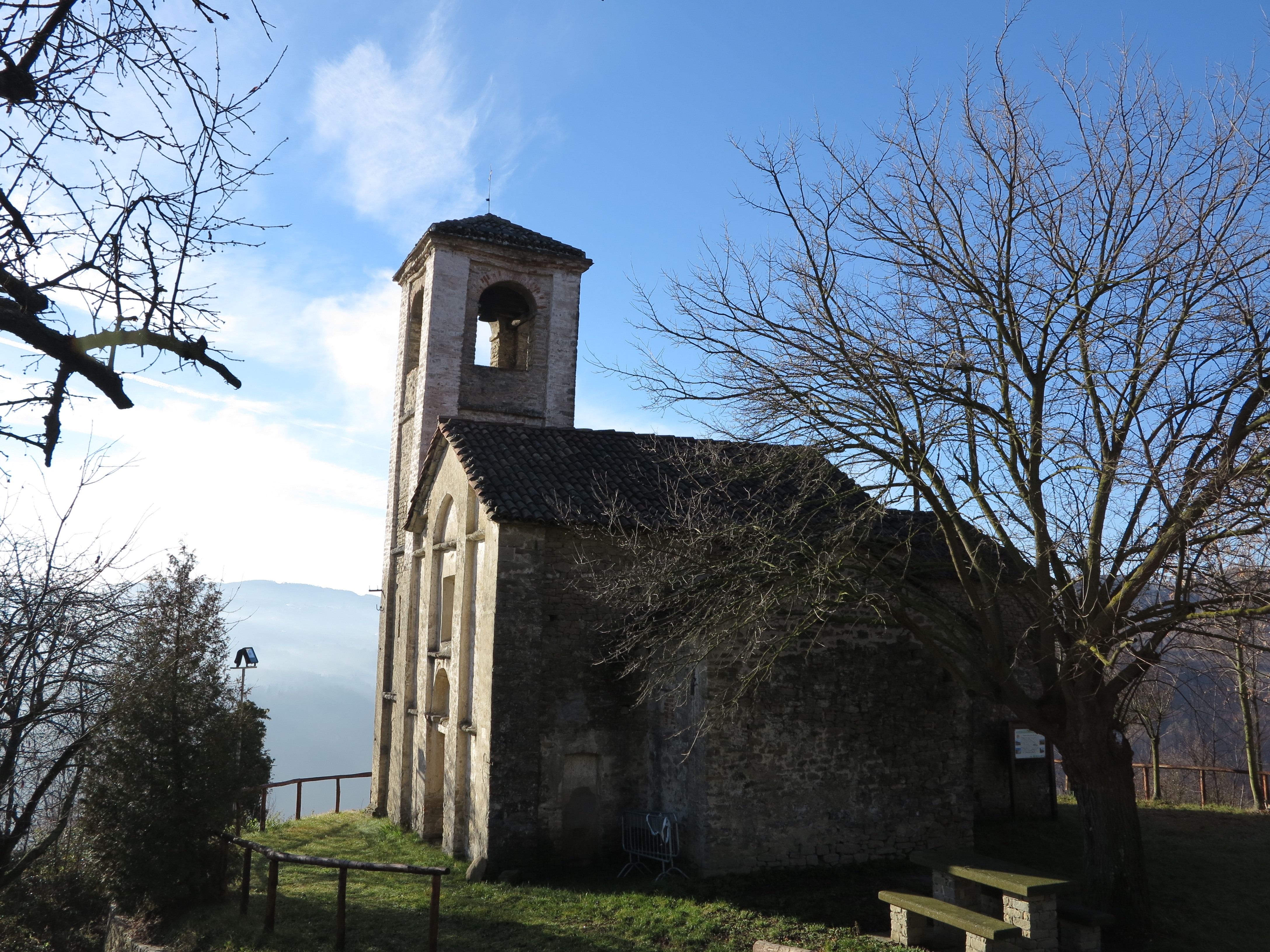 The small village of Arguello (population around 190) is isolated on a promontory in a fairly strategic position. Its military importance is confirmed by the remains of a castle-watchtower, now collapsed, located on the highest point of the hill.

Surrounded by woods, the village is famed for its peace and quiet. In fact, it is known in the Langa as the “village of the cuckoo”, being so silent that the bird’s song can be clearly heard.

The most interesting building is the church of San Frontiniano, located in a small square, connected to the rest of the village by a paved path. The former parish church is built from stone. The dating is unclear, but it seems to be from the 12th century, and was probably established by the Benedictine monks from the abbey of San Frontiniano in Alba.

Modifications made during later periods (17th century) are clear, particularly the reversal of the front of the building. The original entrance is now walled up, but still recognizable.

This switch is not an isolated case, but can be seen in other sacred buildings in the area, like those in Gorzegno and Montelupo Albese.

The church is distinguished overall by a simple, sober architecture, with the current gabled façade decorated with simple geometric elements, like semi-circular lunettes and niches. The bell tower rises to the left, with a square plan and ample openings in the upper part.