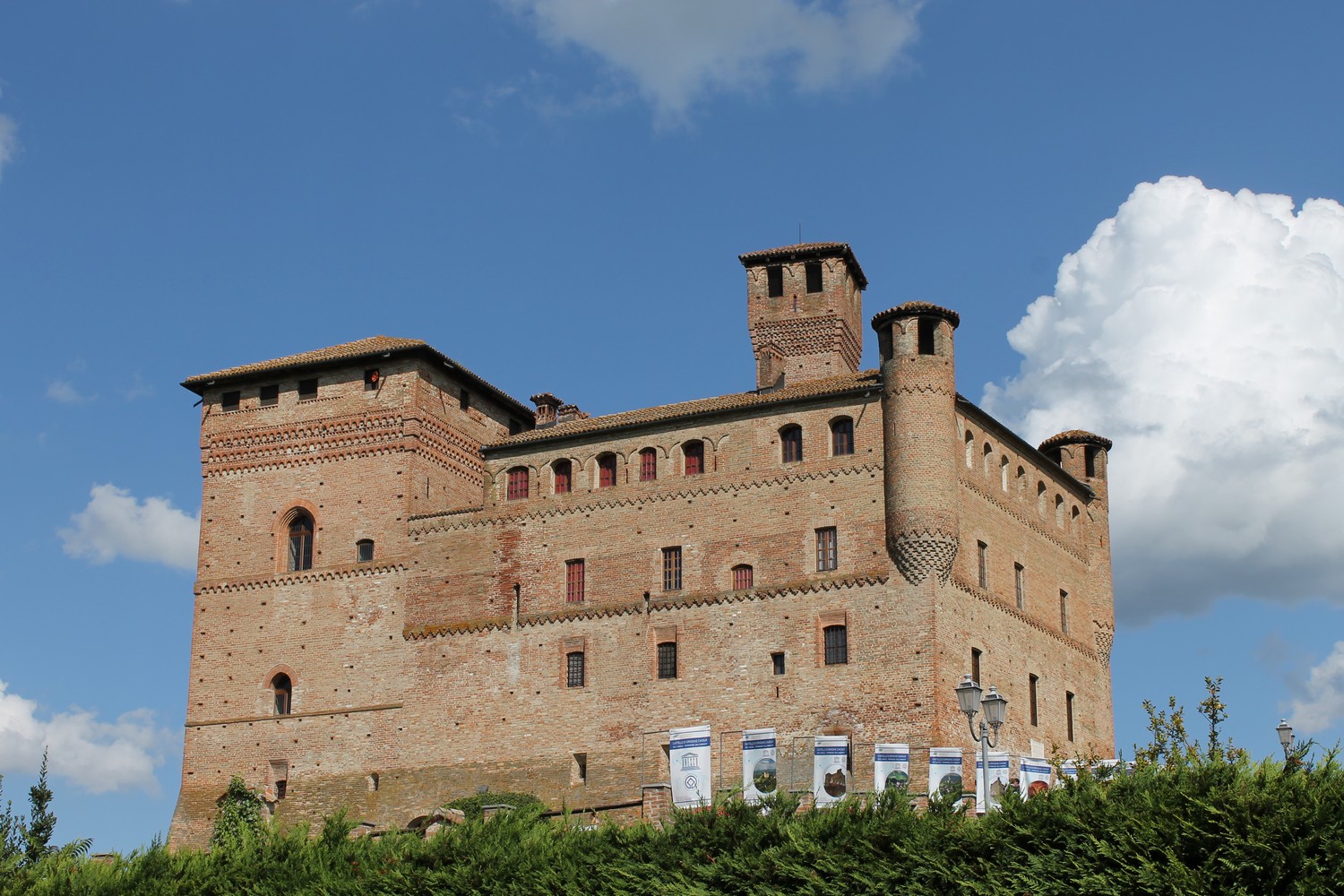 Grinzane Cavour’s historic centre is made up of a series of houses located around the castle, which was probably dates from the 12th century. The flat area from which it rises offers exceptional views across the Barolo hills.

The name of the town is linked to the Piedmontese statesman Camillo Benso, Count of Cavour, who lived here for many years. He owned several agricultural estates near the castle, where he experimented with new techniques for growing grapes and producing wine.

The castle now serves as a showcase for the best wines and spirits from all over the region. The central square tower dates from the first construction phase. During the 14th and 15th centuries, the building was extended, with a rectangular palacium to the north and another wing with hanging turrets to the south, joined by curtain walls that enclose the initial fortified core.

Over the centuries, the decorations, fittings and functional rooms underwent a series of modernizations. The 16th-century Hall of Masks is of particular interest.

The castle’s structure also changed, with extensions built in the 18th, late 19th and early 20th centuries to adapt it to the rural model of an open farmhouse. Some parts were then demolished in the 1950s in order to recover the original form, with restoration works in the 1960s.
Currently the castle houses the Piedmontese Regional Enoteca, an ethnographic museum of rural life and a restaurant.