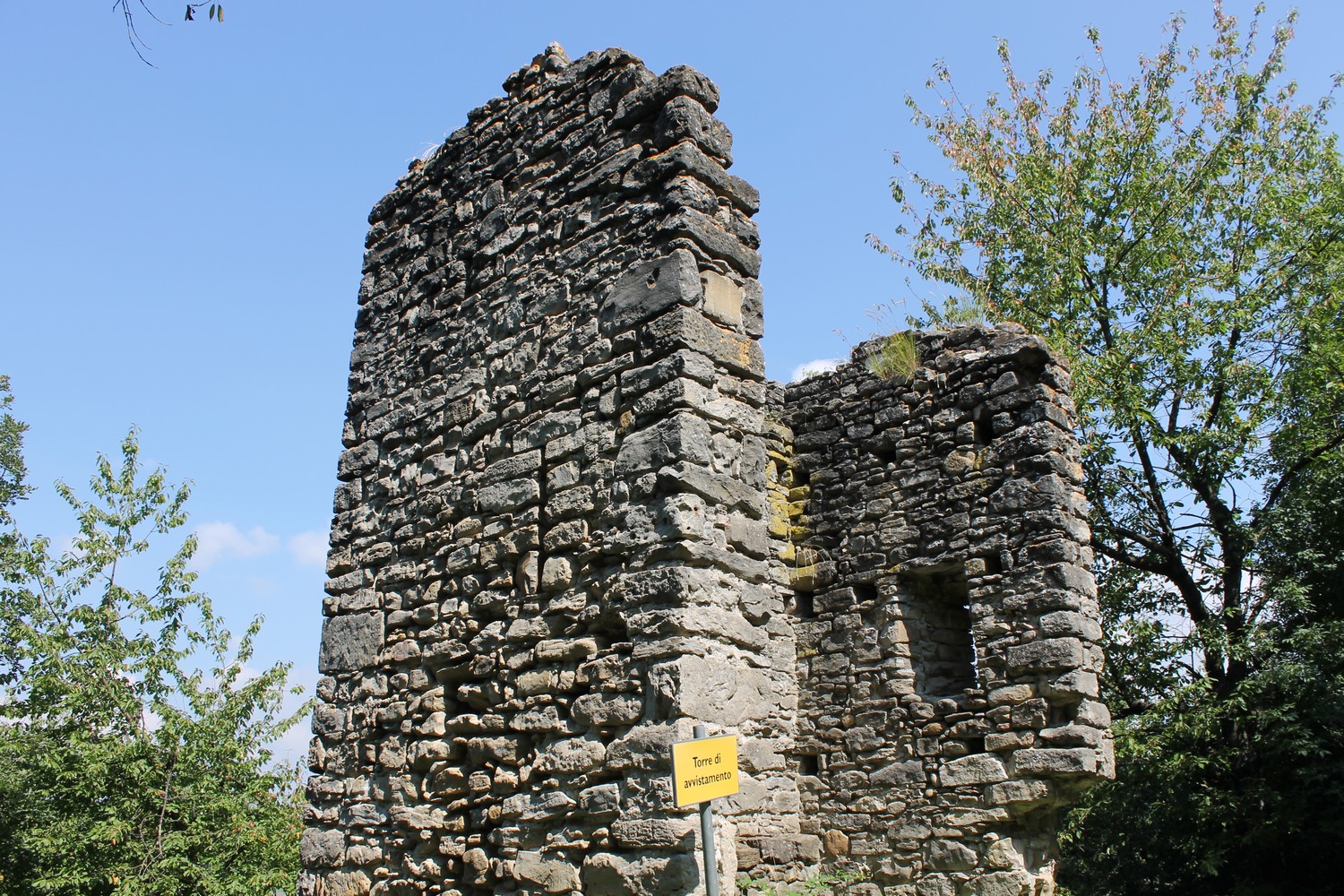 Priero’s first settlement, dating back to around the 10th century, was on the Poggio hill, a high point a few kilometres south of the present-day village. This elevated position offered sweeping views over the surrounding valleys.

As well as the old parish church of Santa Maria, the hill is still home to some ruins from an interesting structure, a castle and fortified shelter, unfortunately in a precarious state of preservation. This ancient settlement was in use at least until the 14th century, when the local authorities decided to build a new village, based on a pre-established plan, on its current site.

The complex on the Poggio lost importance and the buildings were abandoned. Some remains of the curtain wall are still visible, as well as ruined walls from the fortified shelter, in brick and stone. However, the poor state of preservation and the thick vegetation make it hard to interpret the ruins with much accuracy.