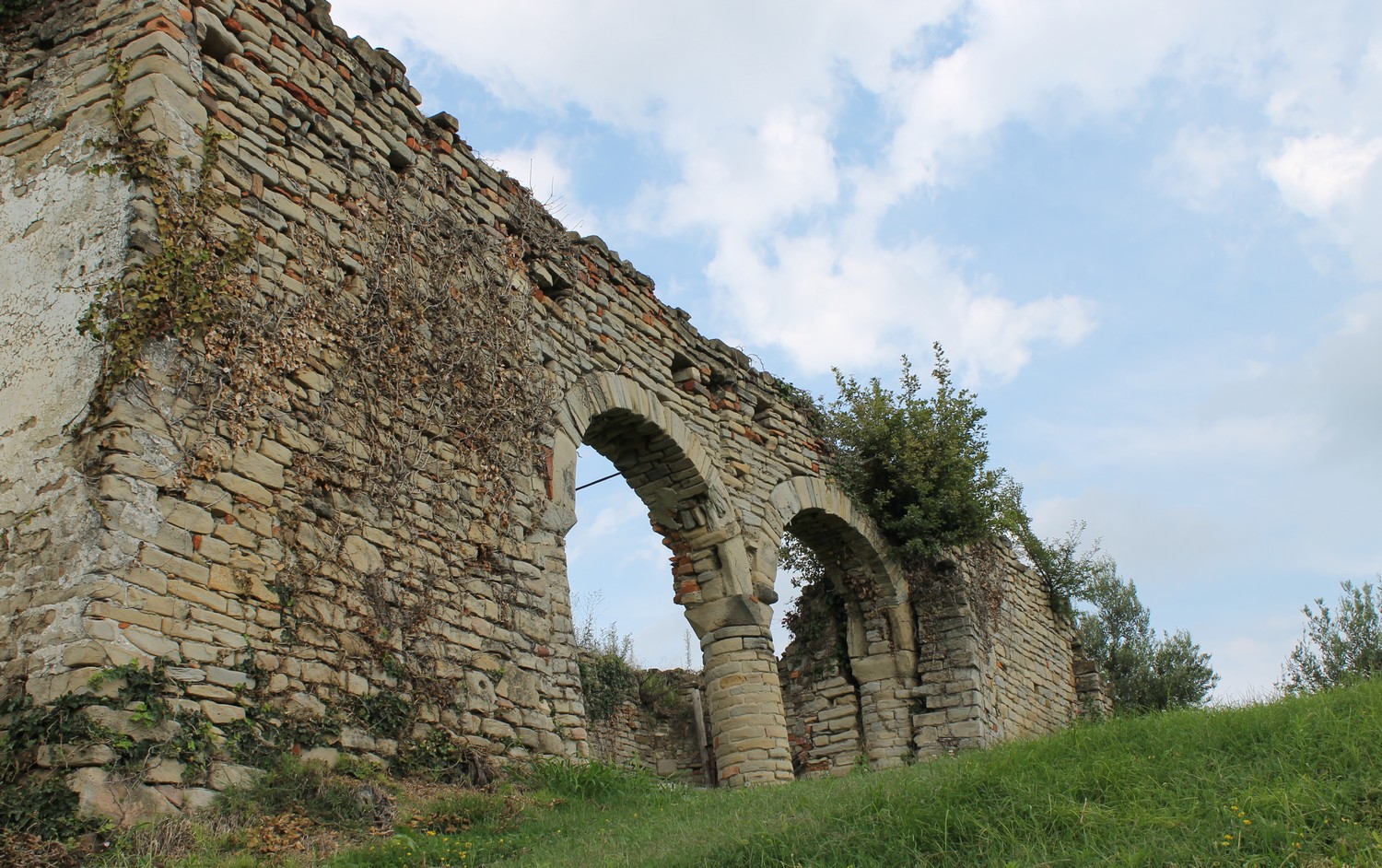 Novello is a charming little town in the Langa near Barolo, surrounded by vineyards. The houses are grouped on a small hill, arranged around the main street. The historic centre offers some interesting architecture, including the parish church, the medieval tower and the 19th century neo-Gothic church.

Less than a kilometre to the west of the built-up area is a small rise, known as the “Podio”. The “Ruderi del Podio”, the ruins of an ancient religious building dedicated to the Madonna of the Snow, can be found at this peaceful panoramic spot.

This is definitely Novello’s oldest church, and had a Benedictine convent next to it. Construction seems to date from around the 13th century. The ruins, in fairly poor condition, do not allow a coherent overall reading of the structure. The sacred building’s perimeter walls, in stone with brick inserts, can still be seen, containing two arches supported by a large column.